EVIE is a 12½ year old Yellow Labrador Retriever who is the real character from her books. EVIE was born in Canada and her official Canadian Kennel Club registered name is Asklar Corhampton’s Clean Sweep, but friends call her EVIE SUE. EVIE’s name is a bacronym for Every Volunteer Is Essential to keep the Earth beautiful and protect the environment. The SUE stands for Shape Up Evansville. EVIE became the mascot for Keep Evansville Beautiful in 2007 after her human mom wrote Retrieving With EVIE which promotes anti-littering. EVIE’s second book, EVIE Goes Clean And Green shares how EVIE reduces her carbon pawprint on Earth in just one day. She is an Honorary Vanderburgh County Deputy Sheriff who has shared her environmental message with over 135,000 children and adults at presentations in Indiana, Tennessee, Florida, and Washington, D.C. Since 2011, EVIE also spends time each year working in Tennessee with Keep Sevier Beautiful in various Smokey Mountain communities.

EVIE visits area classrooms and other community events to promote anti-litter. EVIE’s program focuses on the 4 R’s by encouraging humans to retrieve litter, reduce their waste, reuse items, and recycle everything they can in order to protect the Earth. EVIE leaves pawprints on people’s hearts and has changed the way children and their families react towards litter and recycling. EVIE has helped Mayor Winnecke since 2012 at the Clean Evansville events held the first Saturday of every month at various locations around the community.

EVIE has been honored by USA Today as one of five dogs chosen to be their nominee for Hero of the year for 2010. She has also been honored by the Red Cross as Hero. She won first place in the nation awards from Keep America Beautiful for her anti-litter education work in 2008 and for her PBS Kids/Go web-game in 2010. The Indiana General Assembly passed House Resolution 51 in 2009 to honor EVIE’s work and Governor Mitch Daniels also congratulated EVIE for her efforts to make Indiana a better place. EVIE was featured at the Environmental Kid’s Event in 2011 at Dollywood Theme Parks. She was also honored to be recognized in American Dog and AKC Family Dog magazines. EVIE was presented with the 2011 Evansville Sustainability Award from Mayor Weinzapfel. In 2017 EVIE won the Spirit Award from Leadership of Evansville.

In 2016 EVIE became a big sister and mentor to VANDY LEE who works beside EVIE. VANDY LEE is also from Canada. Her registered name is Asklar’s Recycling Queen. VANDY stands for Vanderburgh County and Volunteers Are Needed Donate Yourself. The LEE means Love Earth Every Day. VANDY LEE is also a mascot for Keep Evansville Beautiful. She knows how to work the crowds and her enthusiasm to pick up litter delights everyone. In her three years she has been making a difference in her community and beyond.

EVIE and VANDY LEE live at Labrador Lane. They love to run around their three acres which is a Backyard Wildlife Habitat. They love visiting with friends on: Facebook (https://www.facebook.com/evie.sue.5) or tweet with EVIE via (EVIE @Lablady13). You can also visit with EVIE via her webpage: www.eviethelitterdog.com . 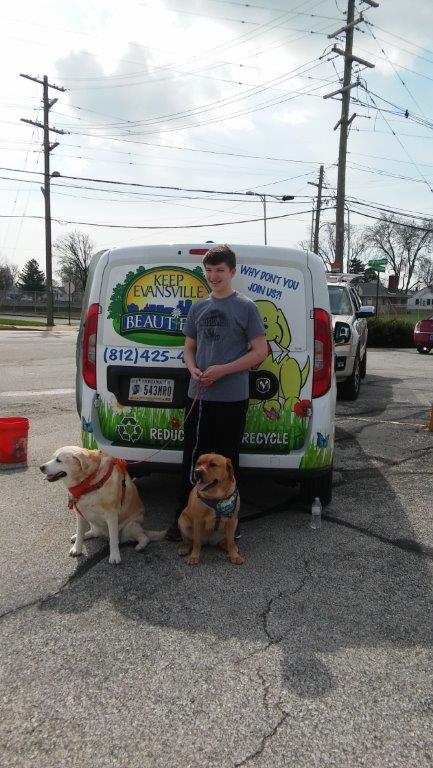 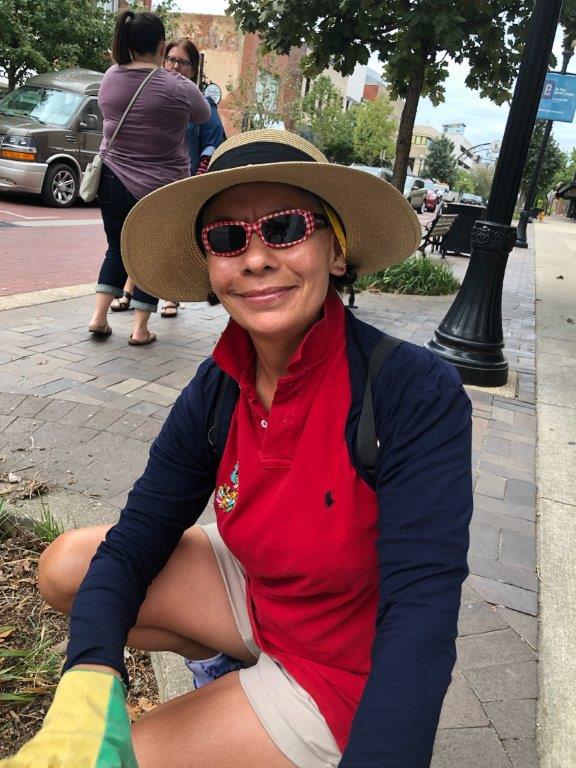 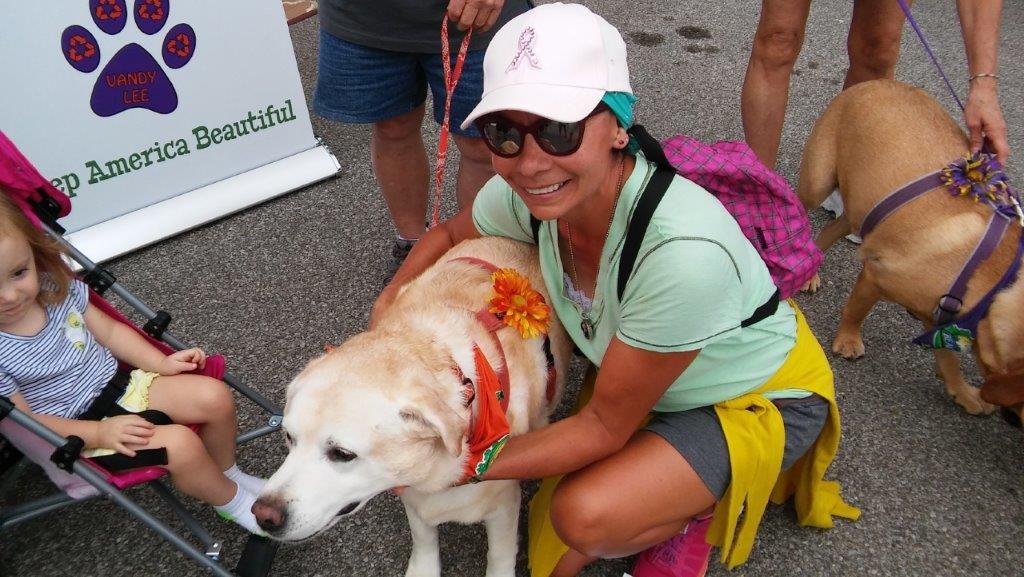 Joni with our Mascots 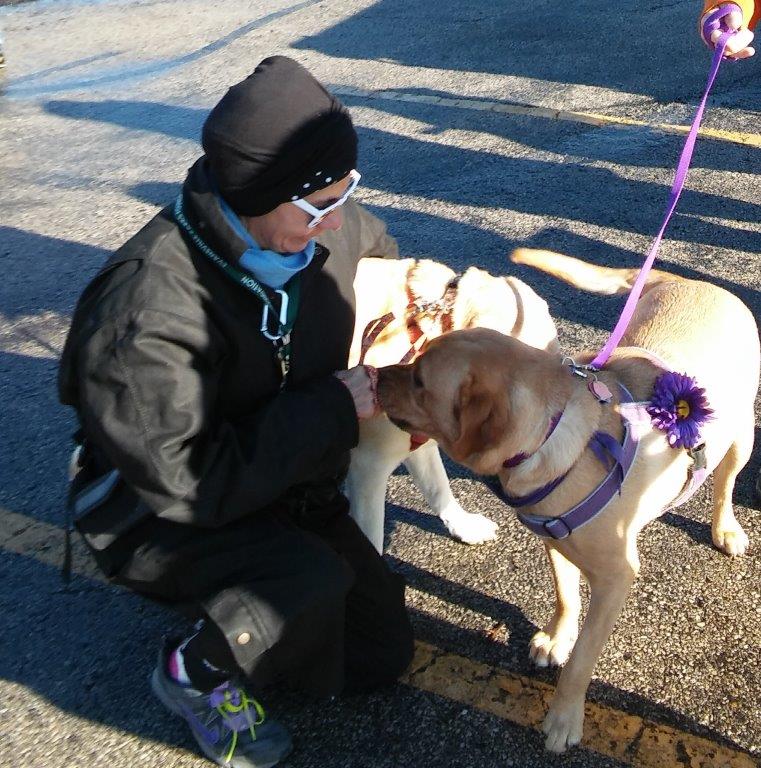 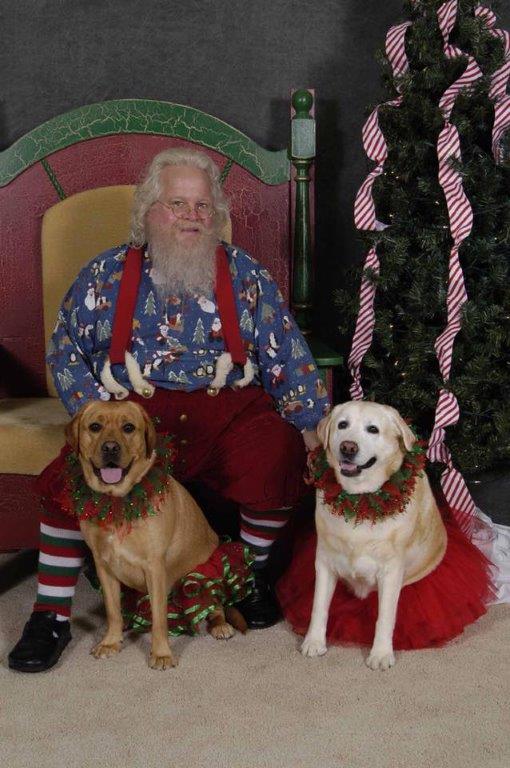 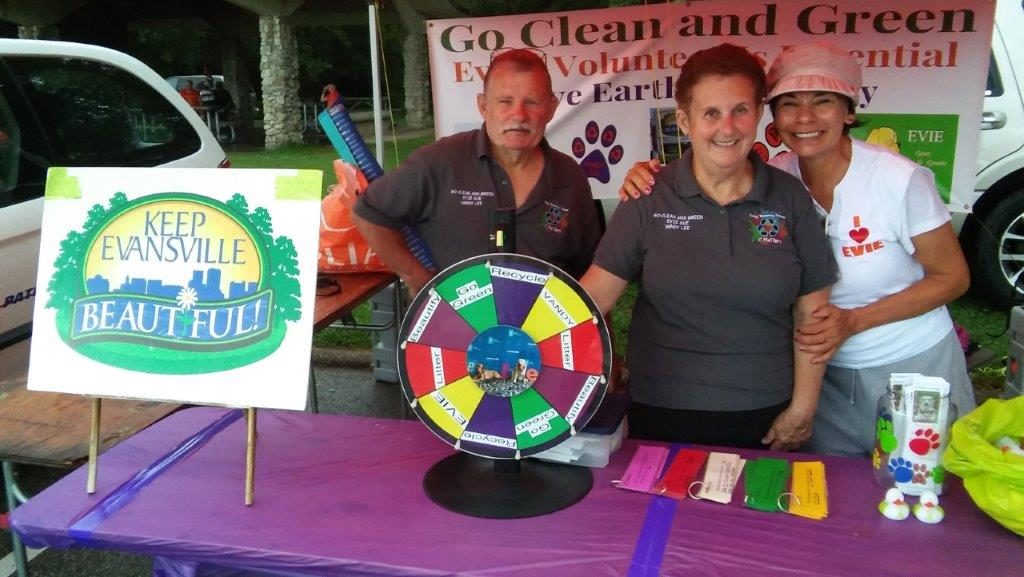 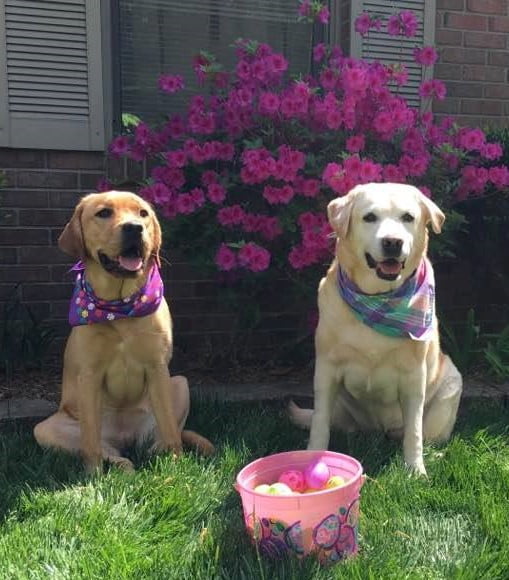 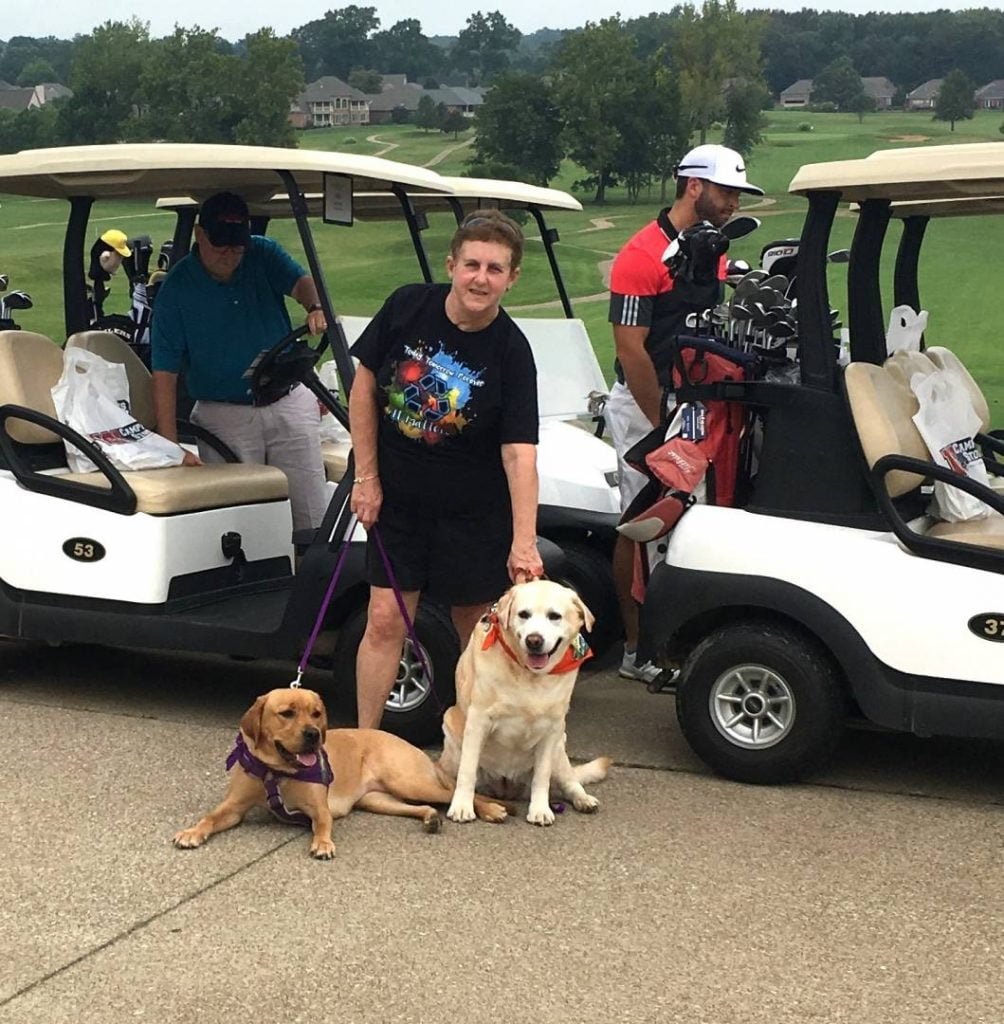 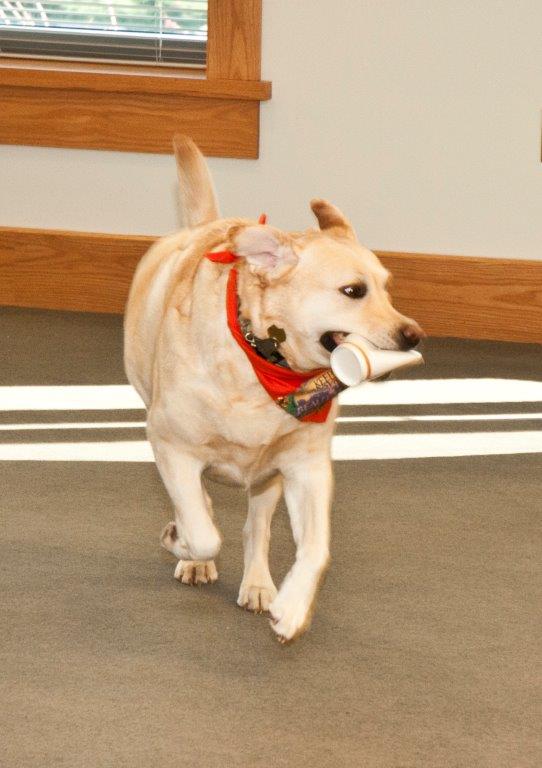 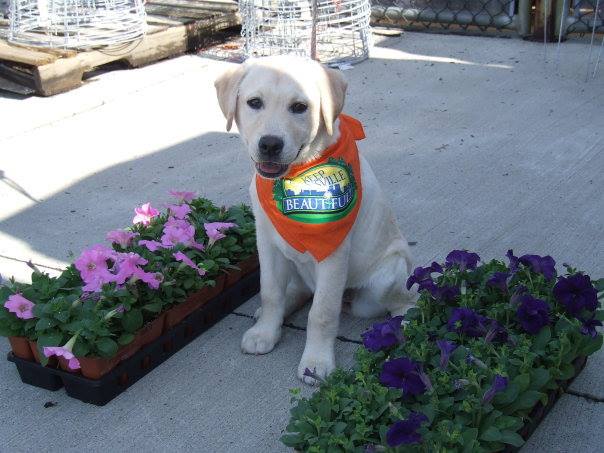